In this article, we argue that the proliferation of social media platforms and the rising interest in cultural activities in China requires international arts institutions to consider a broader approach to marketing on social media. To give you an insight into the cultural consumption journey of a typical Chinese art lover, we present the case study of a fictional consumer, Xiao Xu.

For those having lived in China, these anecdotes will come as no surprise. But the kernel of this piece stems from the observation of the blanket approach that one sees from art institutions operating in China. Many Western galleries invest enough to have their names translated and recruit attendants for exhibition booths who are fluent in Mandarin and/or Cantonese — a commendable approach. Blue chip galleries even go as far as to maintain official WeChat accounts, updating them weekly or bi-weekly with curatorial titbits or artist bios. These are definitely integral touchpoints for Chinese consumers, but for mid-sized galleries or those much smaller, even these tasks can seem unrealistic. We’re going to illustrate a few minor alternatives that are being overlooked by the community due to the misconception that they are 1) more expensive or 2) fail to communicate the ideas of artists.

At 4PM on Friday, Xiao Xu receives both a WeChat message and text message detailing the new Steph Curry collection from Under Armour and the flash sale event at their flagship store in downtown Shanghai over the weekend. He can reserve a pair of sneakers to pick up at the store, joining in the throngs of fans who will be there, or he can have them shipped to his home after the launch event. More interested in finding a taxi than a new pair of basketball shoes however, he searches for a cab on the Didi app, which opens with a cover advertisement of the latest Zhang Yimou thriller. The experience lasts three seconds, and is seen by millions of people across China who are targeted carefully by region and demographic. On the ride home, he plays a WeChat mini-app game, shared by a friend in a group chat of 497 people, one of maybe 20 or so such group chats that he and others his age are drawn into every week. At no point in the day does he deign to use a desktop computer. At home, he orders food delivery from Meituan then browses the latest merchandise from the Met, The V&A and The British Museum on TMall and Jingdong. Before bed, he listens to thirty minutes of an artist lecture on VART—a platform for art institutions to share artist lectures and for purchasing tickets—and checks ZaiYi—an art live broadcast platform— for any interesting performances.

Many of the most prestigious Western cultural institutions have jumped on board the WeChat bandwagon (see Figure 1), and statistics show that they are gaining in popularity among Chinese audiences. At the same time, with so much WeChat content now being produced, it is becoming challenging to have your voice heard on the platform . As a strategic communications PR firm, Sinclair Arts specializes in adapting campaigns through centralized key messaging placed over a variety of channels, so that your brand appears as lively and as dynamic as the audiences you seek.

The phrase huopo yidian can be translated in a number of ways: vivacious, bubbly, friendly. As a concept for marketing, it’s been especially difficult for art institutions to adapt. Austerity is the hallmark of Modernism, and we are loath to part with Minimal aesthetics in terms of design. But for young Chinese audiences, Gen Z and Millennials, if you are not communicating on their frequency and format, your message is not going to receive much traction.

If we inspect a Chinese institution, as illustrated with M WOODS (see Figure 2), it becomes apparent that the strategies of domestic museums and galleries incorporate a wide range of social media platforms, each with its own distinct functions and unique audiences. But their goals are the same as their Western counterparts: to educate audiences on their collections and drive visitor traffic.

How Art Museum in Shanghai offers yet another huopo yidian example of social media engagement targeted to a specific platform, namely Xiaohongshu (Little Red Book). Xiaohongshu boasts 30 million monthly active users—95% of whom are female; 65% of whom are between 25-35 years of age. Like most social video apps, it enables users to share short videos, but it specifically functions as a portal for shopping, allowing users to browse products posted to the platform as readily as to follow the influencers that wear or use them.

During the recent opening of Daniel Arsham: Perpetual Present, How Art Museum hosted a Xiaohongshu influencer-lead campaign that followed a typical inverted pyramid scheme. This may seem like a highly crafted and time consuming campaign on the part of the museum. One can imagine handling so many web celebrities at once might be problematic, but in fact, influencer packages for the platform are marketed using this scheme, allowing institutions to focus on the event rather than the personal relationships among the constituent influencers.

During the middle of its recent exhibition Picasso: Birth of a Genius, UCCA invited WeChat influencer haibaohexiaozhangyu to reimagine several iconic paintings from Picasso using their distinct vernacular of seal-inspired cartoons. 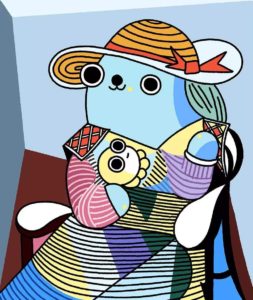 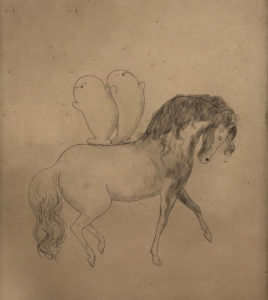 Viewed by more than 5,500 users, the campaign had a two-fold impact. It translated the exhibition to young audiences that might not understand Picasso’s work, and reinvigorated interest in the exhibition during the middle of its three-month run. Huopo yidian does not entail compromising the academic rigour of an institution, but rather asks that we reimagine our brands through a different lens.

Is Weibo still a necessary channel?

In 2012, the year after WeChat’s official launch, a frequently debated topic among my classmates was the longevity of social media platforms, namely that of Weibo. Still in the thick of Web 2.0, most of us concluded that we lacked any substantial data to verify the longevity of social media platforms. Nearly a decade later, we reach some fairly arguable assumptions, especially with regard to Weibo. While its registered accounts seem to have plateaued at 600 million, its monthly active users are second only to WeChat. As a search engine for brands, it is more readily used than Baidu, and its article search functions are still more reliable than those of WeChat. If your brand already has a WeChat, it might be time to consider registering a Weibo.

As often pointed out by the editorial staff of Artsy, galleries both affirm their reliance on digital sales while shying away from adopting the most profitable digital marketing practices. WeChat is an integral touchpoint for Chinese consumers, but it is not the only platform for engaging arts-focused target audiences. The Chinese digital ecosystem is rich and diverse with a number of supplementary apps that reach highly targeted demographic groups. In planning your next exhibition or fair in China, don’t ask how a digital and social media strategy could compliment your work. Instead, imagine your digital and social strategy front and centre, leading to success.